back to all episodes
Episode 20
Listen 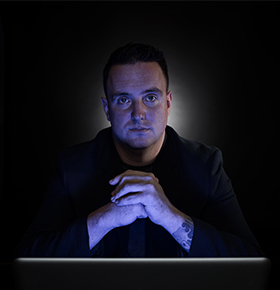 Terry Tateossian and Bryan Seely sit down to discuss the most popular topics for 2020. Bryan talks to us about being a world-famous hacker, his experience and how to stay safe in a constantly changing technology landscape.

This episode keeps us on our toes as Bryan and Terry discuss wiretapping, human trafficking, the Epstein Controversy and so much more. This is one episode you have to listen to.

Cyber Fraud: The Web of Lies: US Marine Risks Life in Prison to Expose a Cybercrime That Consumers Know Nothing About

Bryan Seely is a world-famous hacker, Cybersecurity expert, author and former U.S. Marine. Seely became one of the most famous hackers in 2014 when he became the only person to ever wiretap the United States Secret Service and FBI. Shockingly he told the 2 agencies before he was caught, and instead of being sent to maximum security prison, the Secret Service called him a hero and praised his courage and integrity.

Since then Seely has written a book, uncovered 20+ million Social Security Numbers, and then led him to appear on The Lead with Jake Tapper. He found several high profile flaws at Linkedin.com and was able to attract the attention of Texas billionaire & Shark Tank star Mark Cuban who publicly endorses his skills and integrity.

He has appeared in the New York Times, Wall Street Journal, Washington as well as television appearances on Closing bell on CNBC, CNN, FOX News, ABC, NBC and TMZ with Harvey Levin.

Bryan is passionate about fighting for consumers rights, privacy and educating the public about how to stay safe in a constantly changing technology landscape. He currently works as a freelance cybersecurity
consultant, professional keynote speaker and lives in Seattle with his 2 children.